For helping rats to safety in new permanent homes, foster homes, or for other rescue related situations. Please use the relevant template, threads will need approval.
Locked
2 posts • Page 1 of 1

Number of groups of rats: 1

Reason for rehoming: The girls were purchased as babies from a pet shop in June 2017 and were surrendered to rescue at Starlight Trust.

Temperament: Ash is very outgoing and friendly. Avalon and Poppy are a little shy but quickly coming out of their shells. Hope is currently rather timid and not a big fan of being handled.

Will the group be split (only relevant for groups of 4 and over): No

Transport available: Unlikely but could be discussed.

Other: We’re still getting to know the girls but we’ll likely be looking for a home for them as a quartet with someone who has owned rats previously.

This post was made by a volunteer with full permission from Starlight Trust. 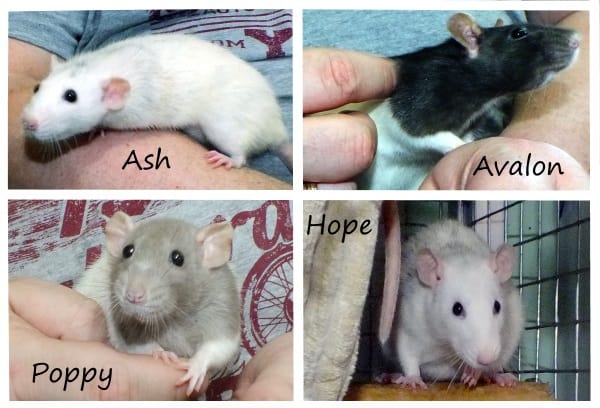 These rats have been rehomed