yesterday i added a flat hammock and everything seems fine. they are sleeping in mixed groups, but not often all together.
nu bullying, no chasing around, they are all ok with eachother.
i just added a second flat hammock, still in 1/4th of the little zoo venturer cage. they are fine with it and they stay relaxed.
when everything stays calm, do you think i can give them 1/2 of the little zoo venturer cage instead of 1/4?
from there on i want to start adding more flat hammocks, a wheel, some toys.... all one by one and only if they are ok and relaxed with it for at least 24 hours, until moving on to the next step.
formerly izi
Top 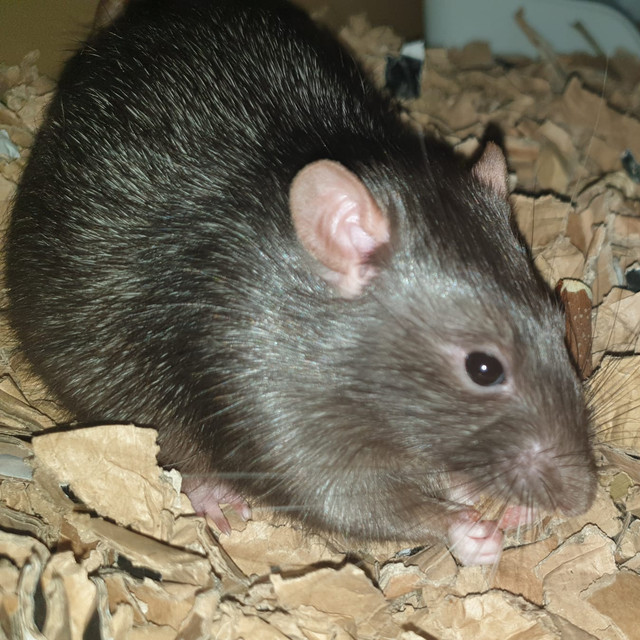 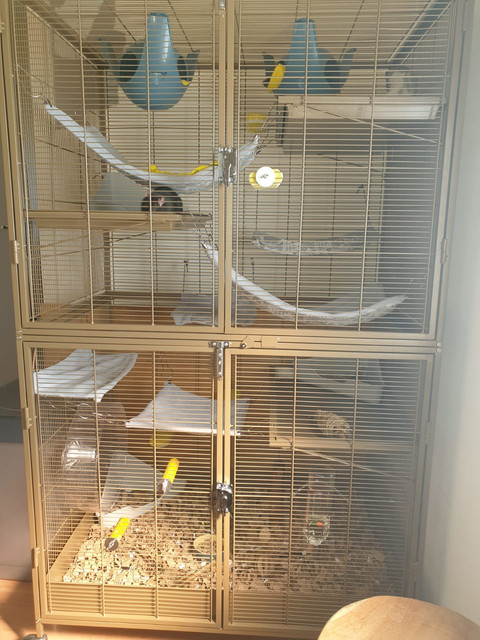 update:
Karel sometimes sleeps with (one of) the 2 younger boys in a hammock, but most of the time he sleeps with his brother, or alone. to us he is a very affective rat and very calm.

Do you think this would be a good idea? and do you think i can introduce them again later on?
formerly izi
Top

If they have achieved a peaceful group, then don't worry about an individual rat choosing to sleep alone sometimes. So long as he is happy, and is not being ostracised, then that's fine.

Incidentally, you seem to be treating a hormonal issue as though it is going to be temporary, only during puberty, whereas what happens is that hormones appear in puberty and then remain with them for most of their life. Consequently, any rat who displays problems once their hormones surface, will continue having those problems for life. This is why neutering is recommended as soon as the hormones are seen to cause problems. If a slow intro does not solve the problems then time will not, only a neuter will.
Mary x